I would like to add unit tests for my business logic. 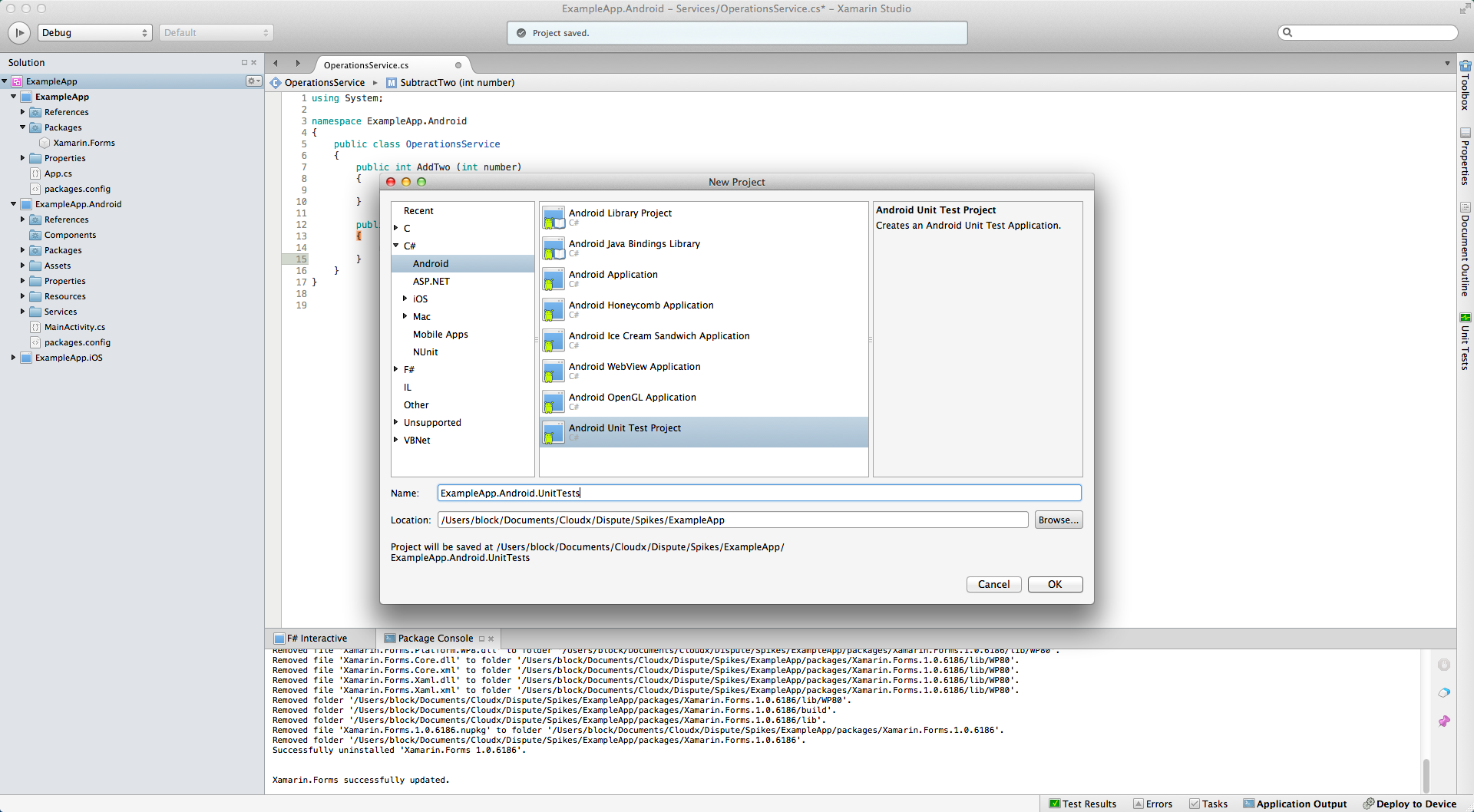 Then, I add the Android Project reference for test my OperationsService 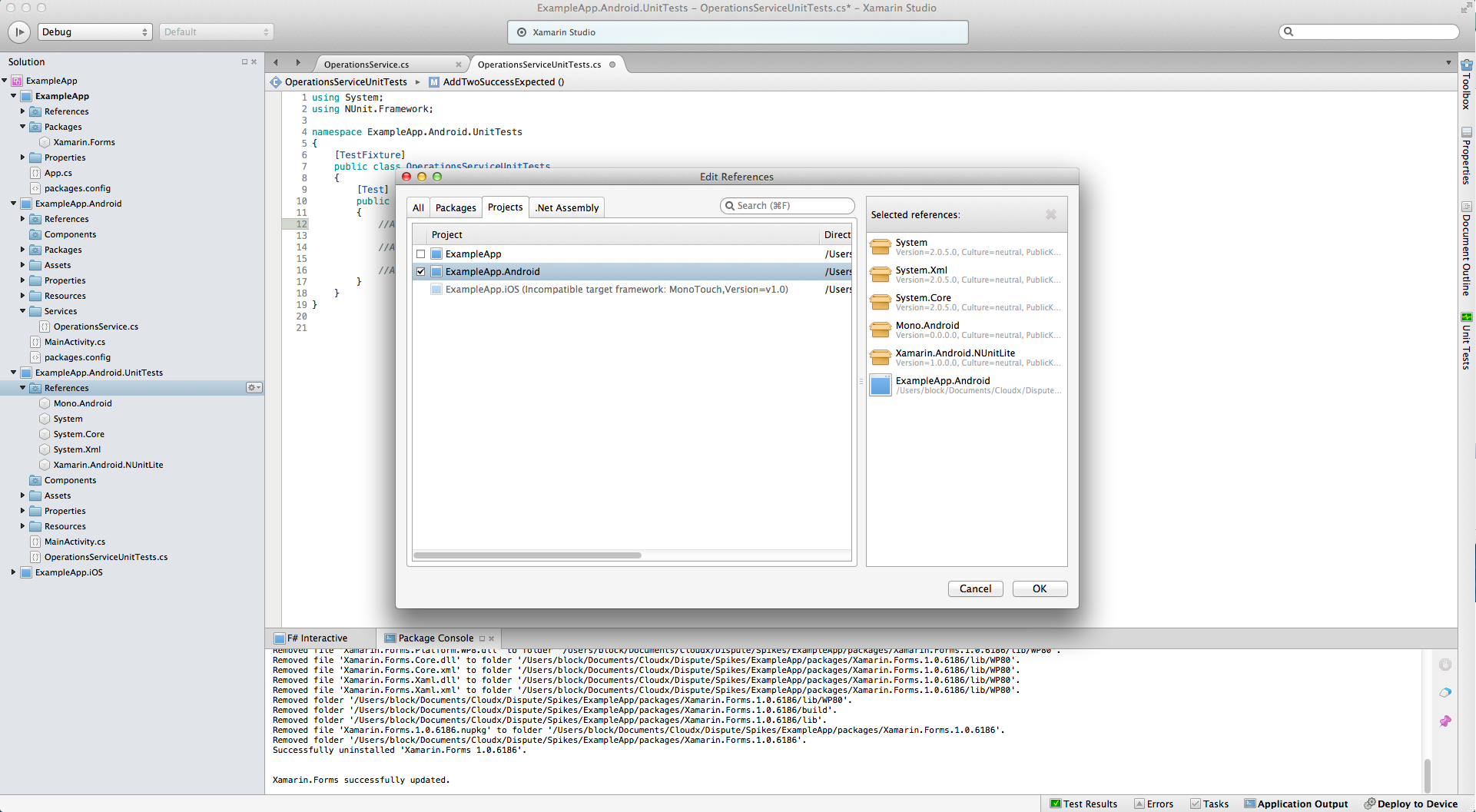 But, I can't create an instance of this service 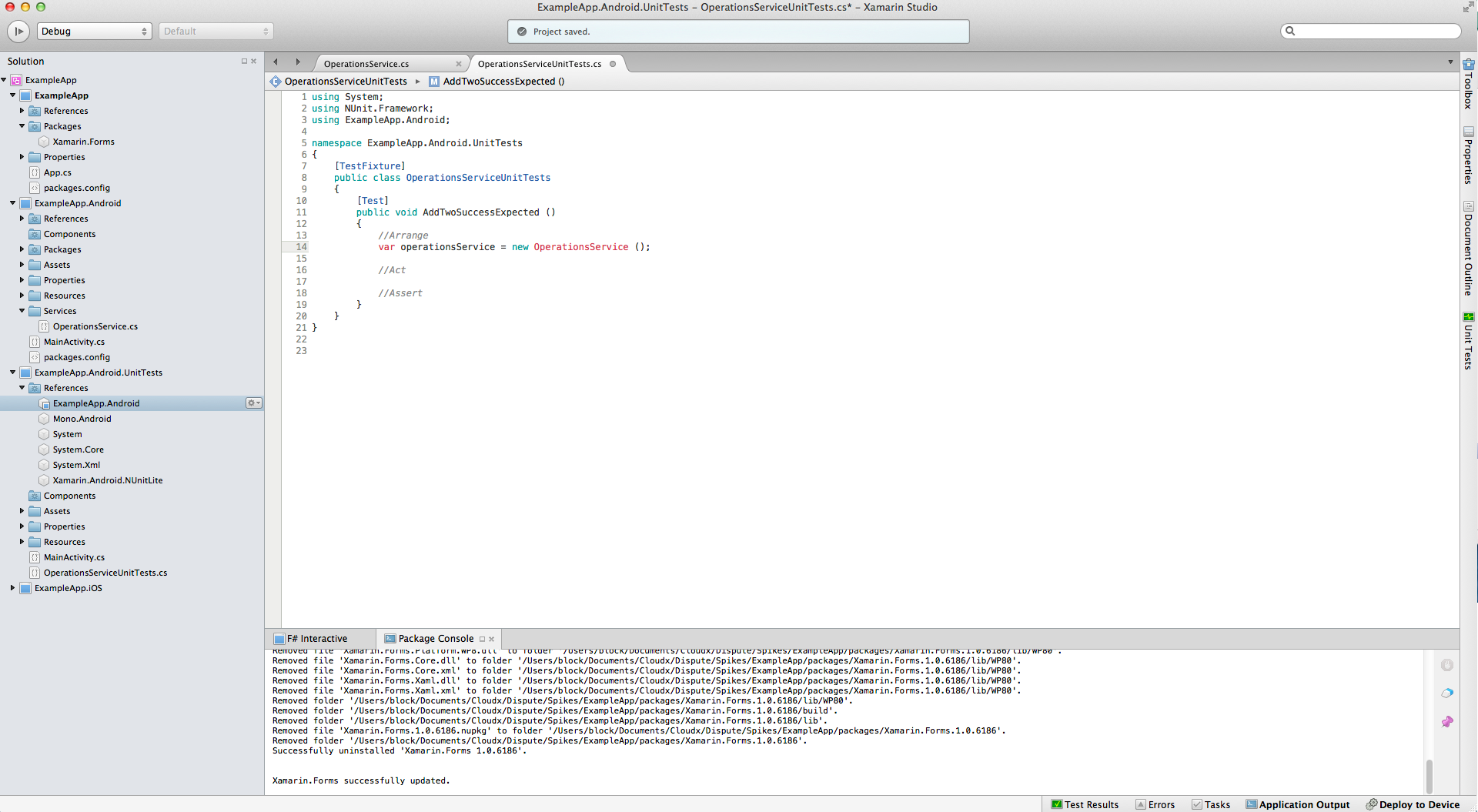 Someone know why can't I do references between android projects?

I have no problems for Shared or iOS projects. Even I could do reference to shared project in my Android Unit Test Project.