I'm no sure exactly what's going on here but I think there might be an issue with the Android support libraries or maybe some dimensions are missing that were not included in the .aar java files? But currently the build only fails when I reference the Binding library from the consuming Xamarin.Android project otherwise both build build fine when that reference is removed... 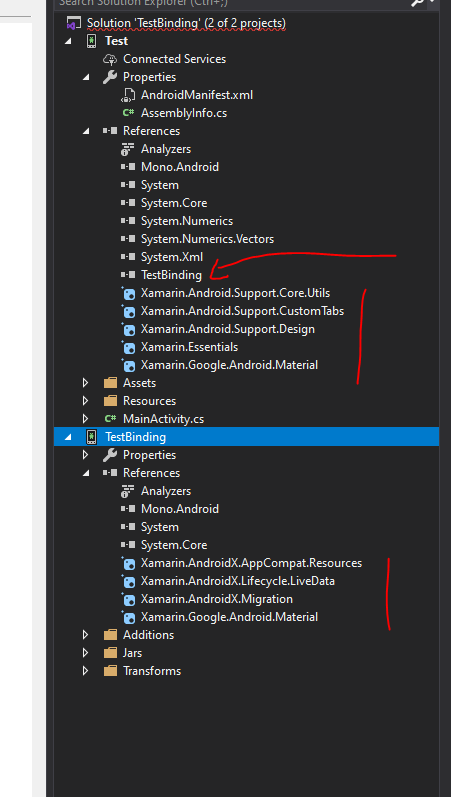