I'm trying to build my tvOS app for the AppStore. It's way too big at over 400MB. For comparison, the iOS app which uses the same libraries, just with a Xamarin.Forms UI rather than UIKIT is only 40MB.

I've tried all 3 linker settings, All, Frameworks, and None. They all lead to large app sizes, although with link all it was over 1GB. The DLLs total only a few MB in the package, but the main binary is the part over 400MB

I created the tvOS project from the template within Xamarin. I did have to add the AppStore target to the .csproj XML file, and it seems to still be outputting the build files to bin\iPhone\Release, rather than bin\iPhone\AppStore which I have specified in the tag. 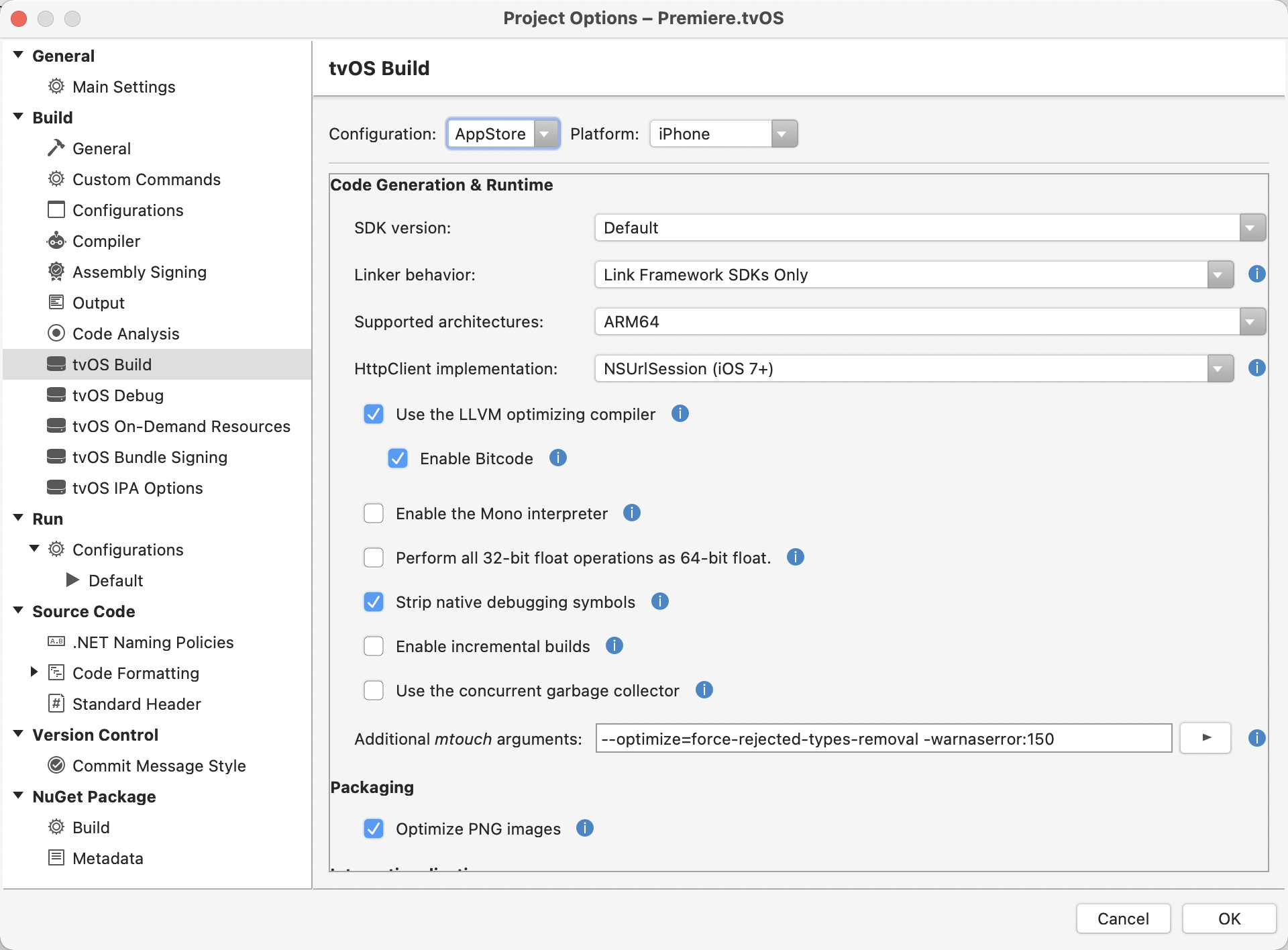