I'm a beginner to Xamarin.Forms.

Trying to bind data using the "{x:Bind}" expression I get an error: 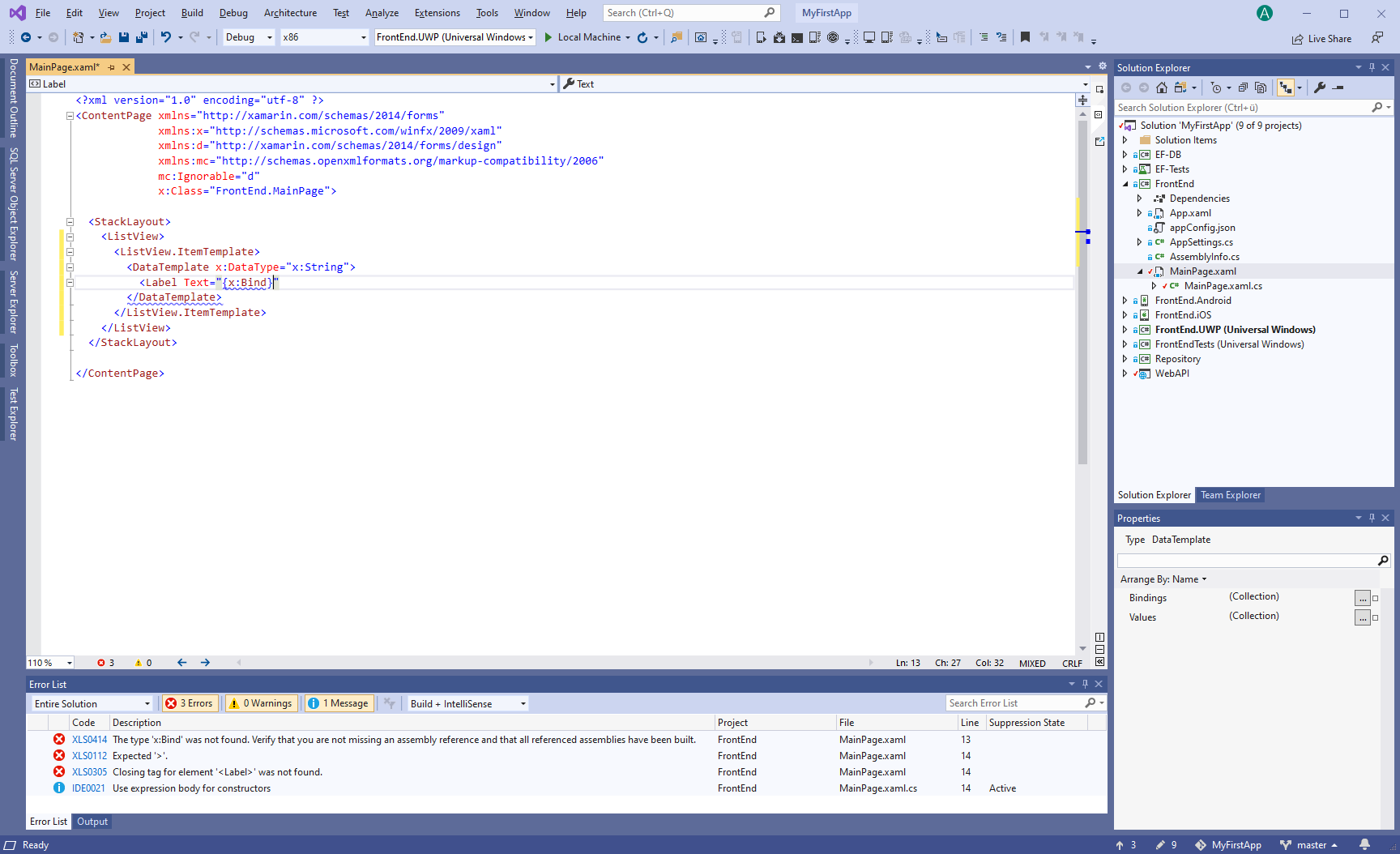