Can't drag a button (or any other thing) to layout of activity_main.axml

Starting to learn Xamarin, with VS2017.

At first I had errors related to NuGet packages, as it didn't compile out of the box. now I don't see errors displayed.

I am trying to follow a tutorial. First thing was to drag a textview and few buttons to the layout.

The current problem: When I try to drag something from the toolbox (Button, for example) to the layout of activity_main.axml, the system wont let me drop it, showing "no entry" sign.

Any idea what did I miss? 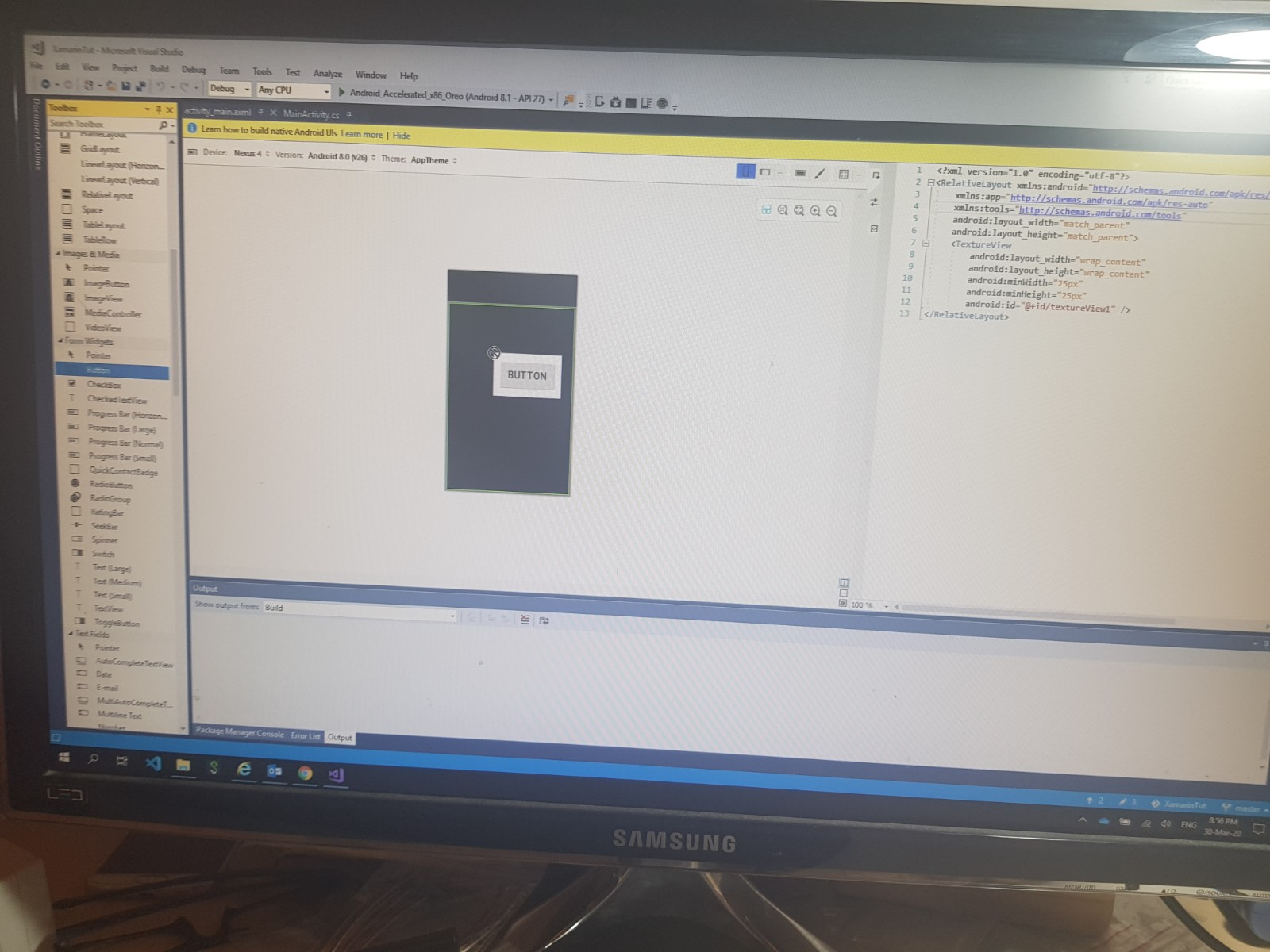