This bug(?) has been driving me nuts for a long time now, I hope anyone here has experienced that and there is a simple solution to it.

So when starting the UWP app (Xamarin.Forms PCL), I get a bunch of these lines in the output:

Its occurrence severely slows down the debugging process. Any action involving UI change causes a serious pile of these exceptions freezing the app and slowing down until all of them finished occurring and printing to output.

I reinstalled the entire OS and VS and the problem still consists.

Here's what it looks like in my output window, there are a million of them and they occur whenever UI is changed somehow, and especially when app is loading. 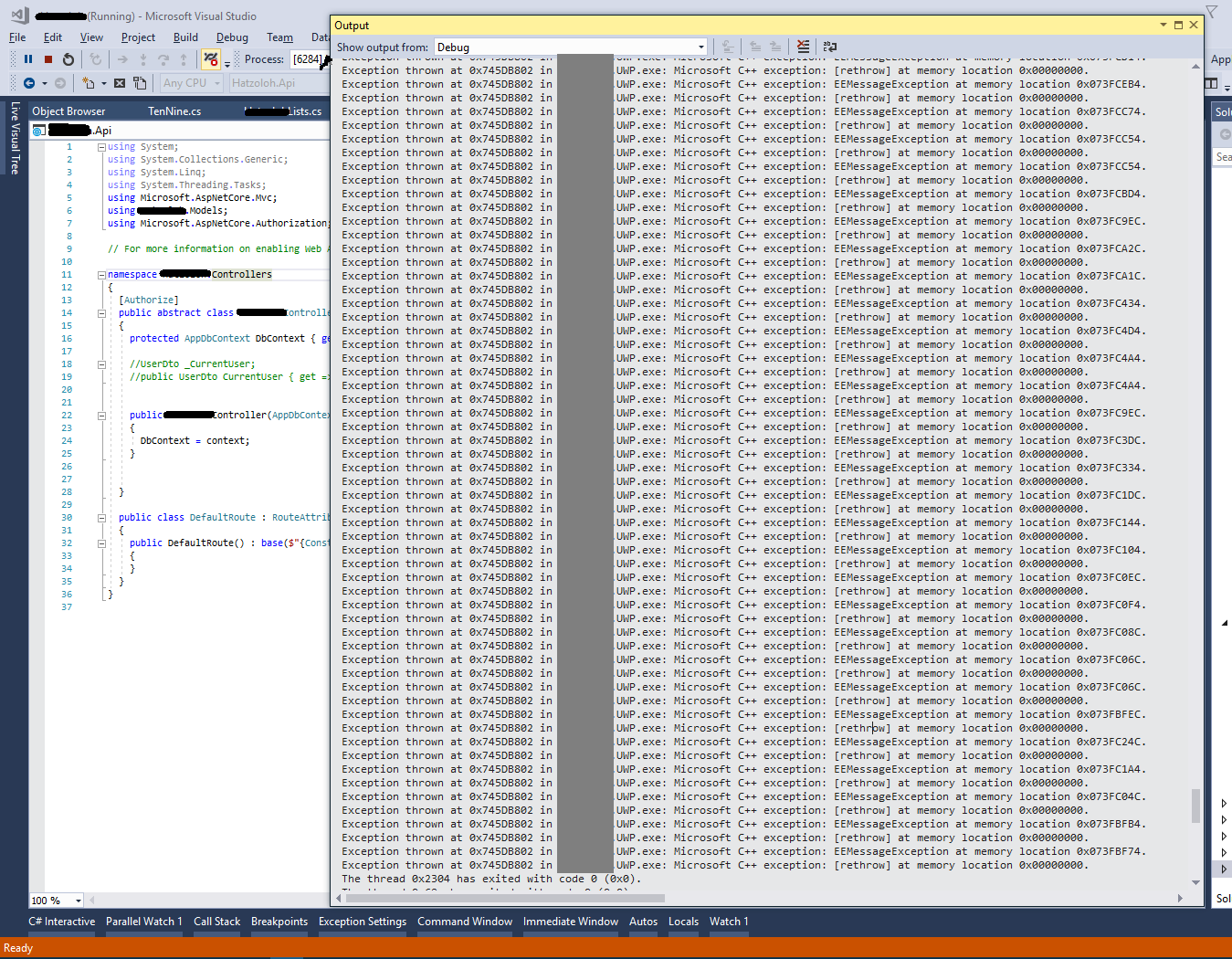