USUniversity ✭✭✭
May 2017 edited May 2017 in Xamarin.Forms

Has anyone being able to complete Exercise 5 dealing with UnitTests using the provided steps on Xamarin Studio?
I am on
-Xamarin.Forms 2.3.4.231
-AutoFixture 3.50.2
-NUnit 3.6.1
-Xamarin.Studio 6.5

My GreatQuotes.Tests project builds but I observe following:
1) Running 1 single test (based on steps provided there is only one test), test fails
2) Attempt to debug the test will end up in Disassembly eventually and eventually pop up error "Debugger operation failed". I have noticed that the Setup() method will never reach its end and it seem to be failing on either call to register QuoteLoaderStub or NavigationServiceStub, not sure which one as Disassembler window kicks in. (Screenshots provided)

I also tried running the version in Completed and in Final folders or Exercise 5 lab material but the GreatQuotes.Tests project in these would not even load in Xamarin.Studio. If I hover over it in the solution tree, it says "Not supported in Xamarin.Studio". I did however uncomment the line for using NUnit tests in MainViewModelTest.cs class. 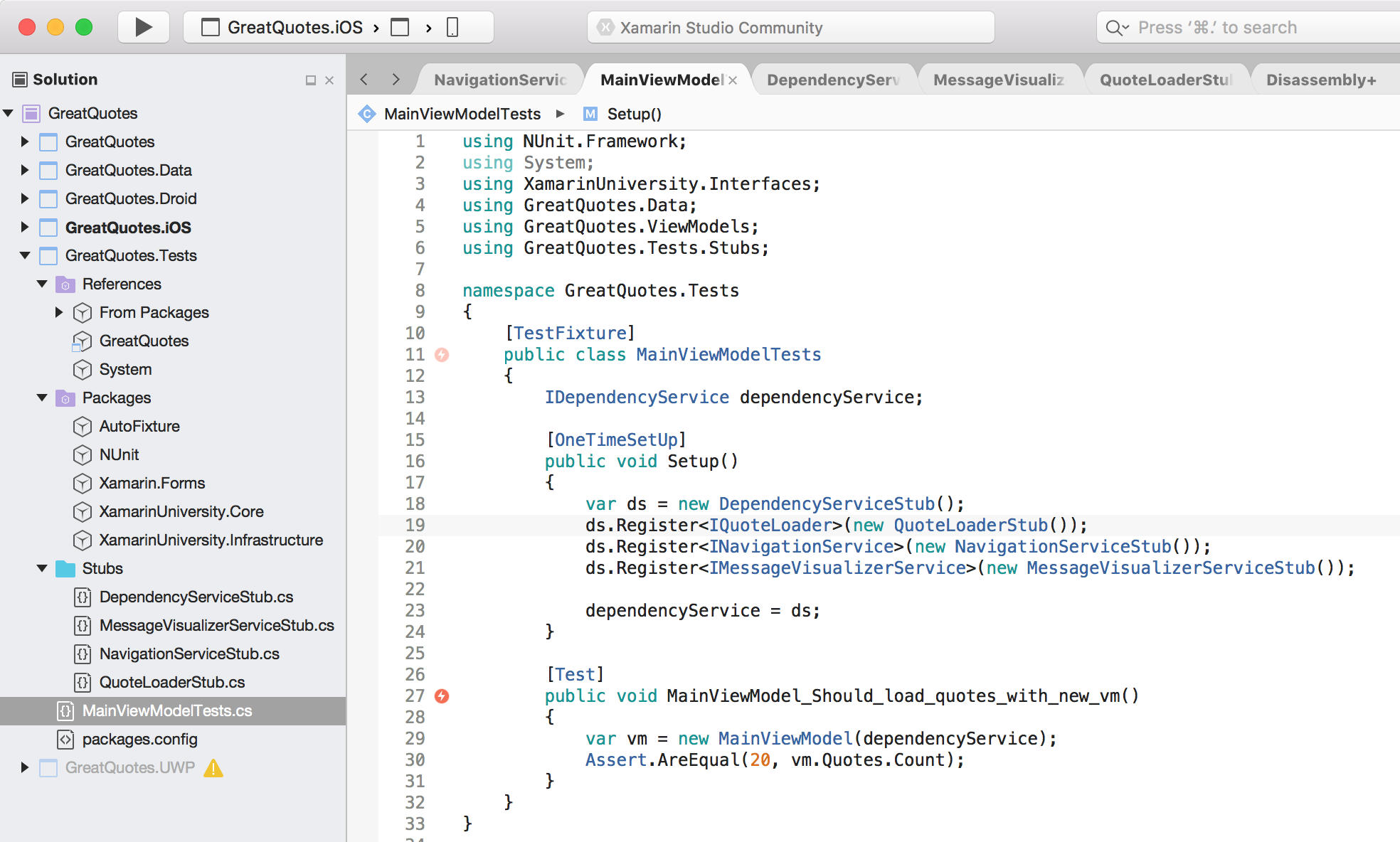