Hey guys, I've been hunting around for a couple days for anyone that has had this problem haven't found anything. Below I have a basic ListView with TextCell DataTemplate, The Text Property populates as you would expect, the Detail is Nowhere to be found not even a space where it would be. I have tested just throwing a TextCell without binding into a TableView in this project and get the same result. Either I am missing something really basic or it is downright bizare. I have tried flipping the Binding properties and both of them populate in the TextProperty and neither in the DetailProperty. The govTrac ContentPage is pushed to a Navigation page in the calling fuction. I attached a picture of what the listview looks like. 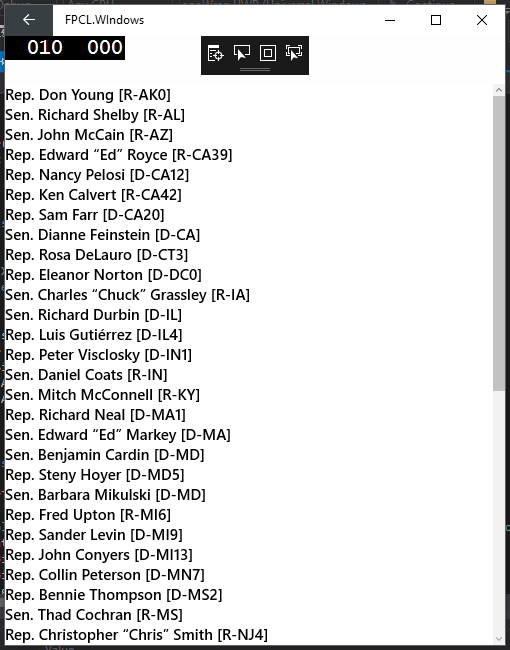