USUniversity ✭✭
May 2017 in Visual Studio

After I installed VS2017, I fired up the new Android ARM phone emulator, but as it launched (V-E-R-Y slow!!!), the following charming dialog appeared: 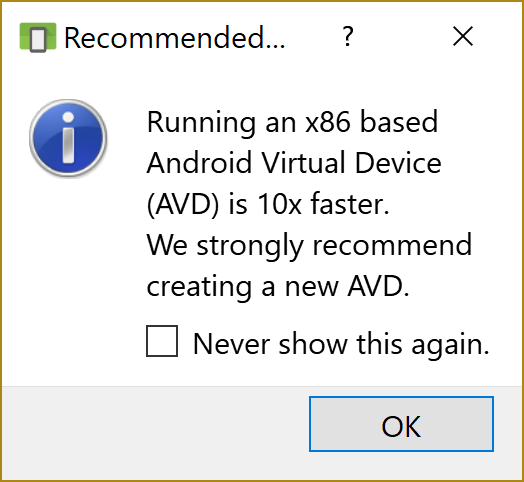 Yikes! So I launched the Android x86 phone emulator, but it failed to launch, generating this error:

So I ran the bcdedit command recommended in the error message, and the x86 emulator started up just fine. (MUCH faster.)

Unfortunately, the Windows Phone emulator would no longer run, generating this hypervisor error, 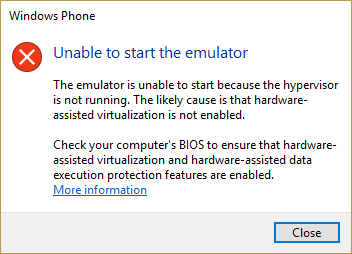 But the hypervisor was running just fine, by all indications, and my computer -- a Surface Book -- has hardware assisted virtualization enabled by default (there's no BIOS setting for this).

So...I rebuilt the laptop, reinstalling Windows 10 and Visual Studio. I verified all the Android components were up to date and, after some internet research, ran Intel's intelhaxm-android.exe HAXM installer, but that did not correct the problem. So I ran the bcdedit command again, and, again, the x86 emulator fired up just as nice as you please, but, again, the Windows phone emulator wouldn't run.

So...one more time...I rebuilt the laptop and reloaded Windows 10 and Visual Studio......and now I'm back where I started. Still can't run the Android x86 emulator and the ARM emulator is slower than anything.

Anyone got any recommendations?