I keep a black screen when opening my app on emulator

I am just starting to work with Xamarin to try and create an android/IOS app. I followed a few tutorials and starting making a few "practice" apps using Xamarin and Visual Studio 2015. In the visual studio designer everyting looks like it should and I can succesfully deploy the app to different emulators.

After the app is deployed I can start the app which starting inmediatly. After the starting I get a black screen with only the name of the app in the screen itself, below the app name (where the button/text etc. should be) there is only a black screen. I first thought that this would take some time for the emulator to display everything but even after a half an hour I still see nothing.

I found that a few people have had issues with this but not one of the sollutions provided helped me on my way. Would there be any change somebody here has a suggestion or could like to look at some logs to figure out what is going on? 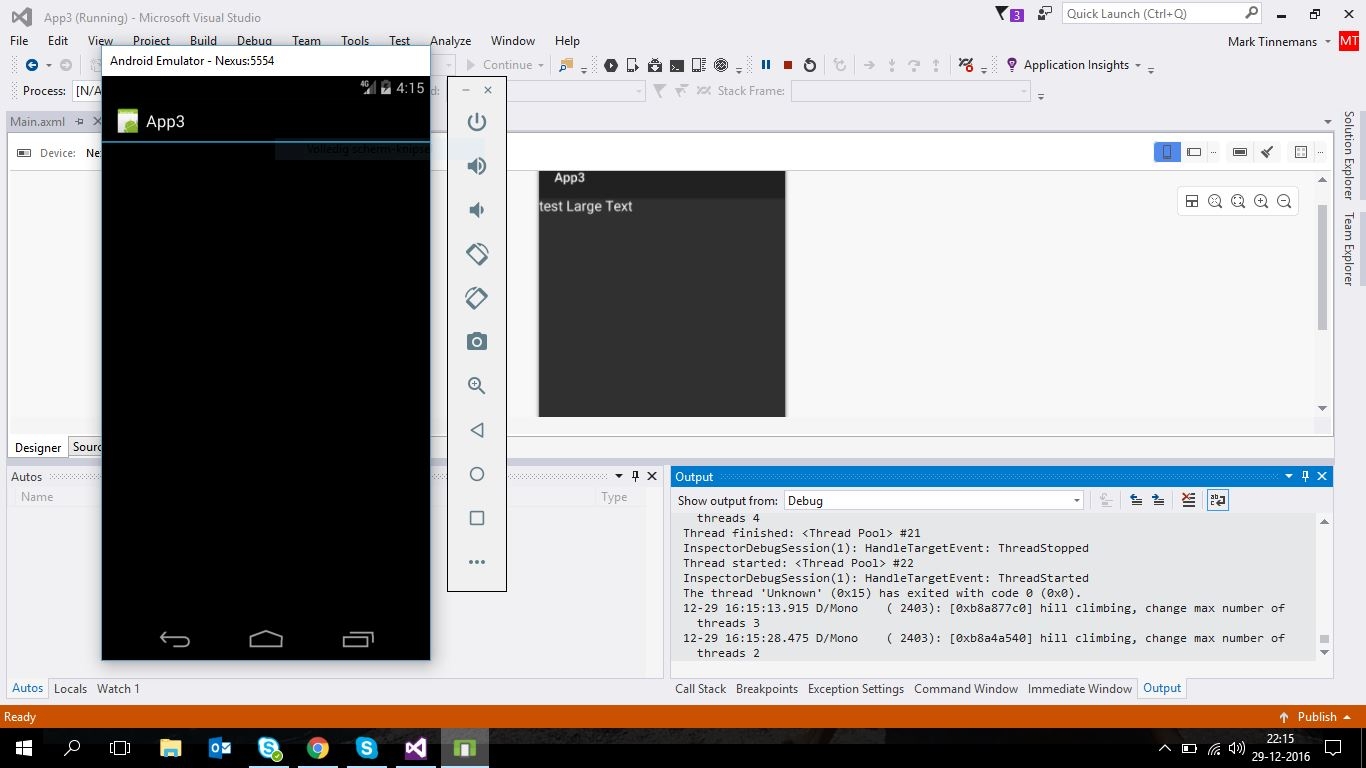 Any help will be apreciated!