Why device is in Starting Mode... but not deploying the application in device...???

I have created Android apps in Xamarin Studio. But for some need I have to install Visual Studio 2015 Community edition in to my system. But the problem now is whenever I am trying to run my early developed Xamarin Android program it is launching Android Player but in Xamarin Studio it is showing "Starting Nexus 5 ( KitKat )" or what ever the emulator name is and it is not moving forward .. refer to the image . 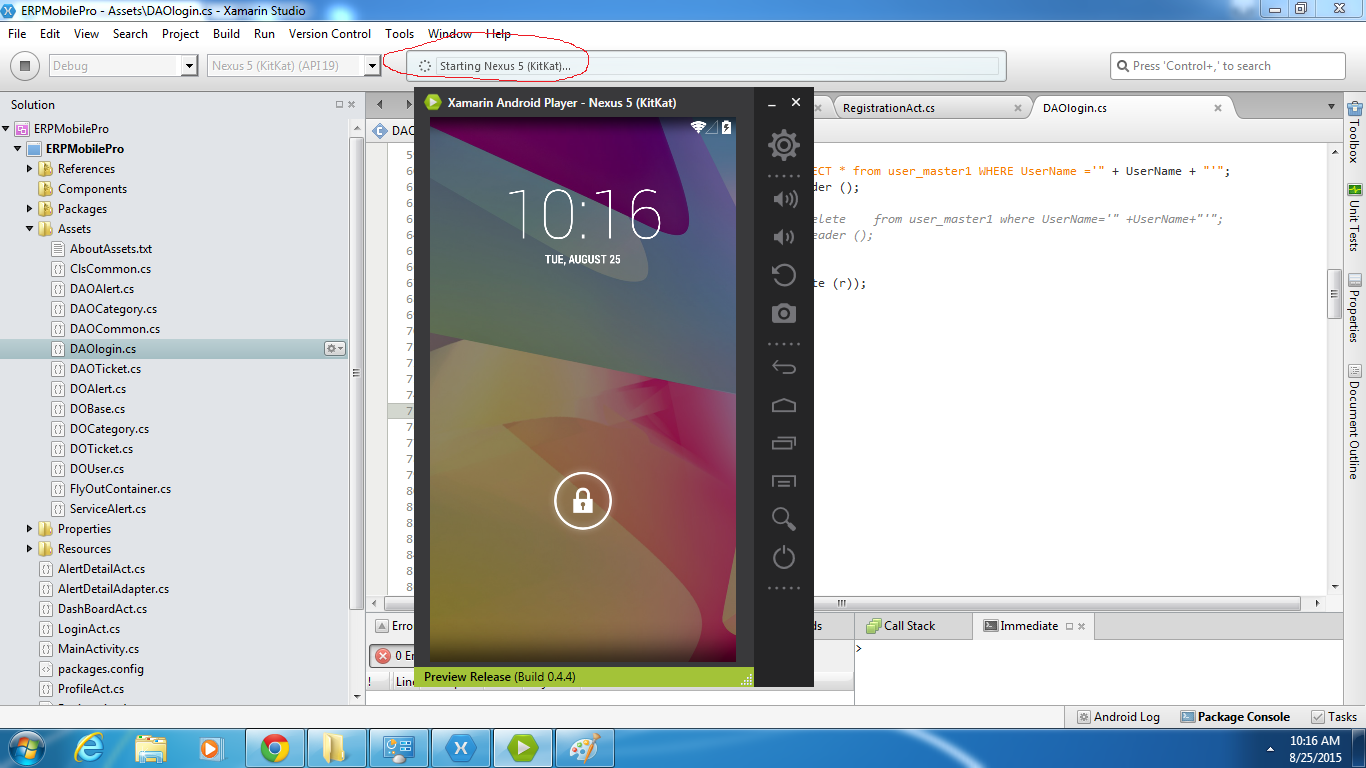