How to horizontally center the combination of two wrapped Labels, without extra spacing?

I want to have two Labels, side by side, with the combination of the two centered horizontally on the page, taking up the least horizontal space possible.

As per the image, when the Labels do not wrap (using XF 4.8), the result is as expected (first example in the image).

However, when the Labels wrap, despite HorizontalOptions not having AndExpand, a whole load of white space (ok, red and green in the image) appears to the right of the wrapped text. As the result takes up the whole of the horizontal space, I guess the combination of Labels is technically still centered on the page, but it isn’t the desired effect, nor what I would expect without AndExpand.

Somehow, I want to get rid of the extra space to the right of the wrapped text, ideally as per the fourth row in the image, but possibly as per the third row if the fourth is too awkward to achieve.

Personally, I would expect wrapped Labels to be padded with space as per the second row only if AndExpand is used, which is not what is currently happening in XF 4.8 .

So, two questions.
(1) Is that extra space when AndExpand is not being used a bug in XF?
(2) Is there any workaround available to produce the result in the fourth (or third) row? 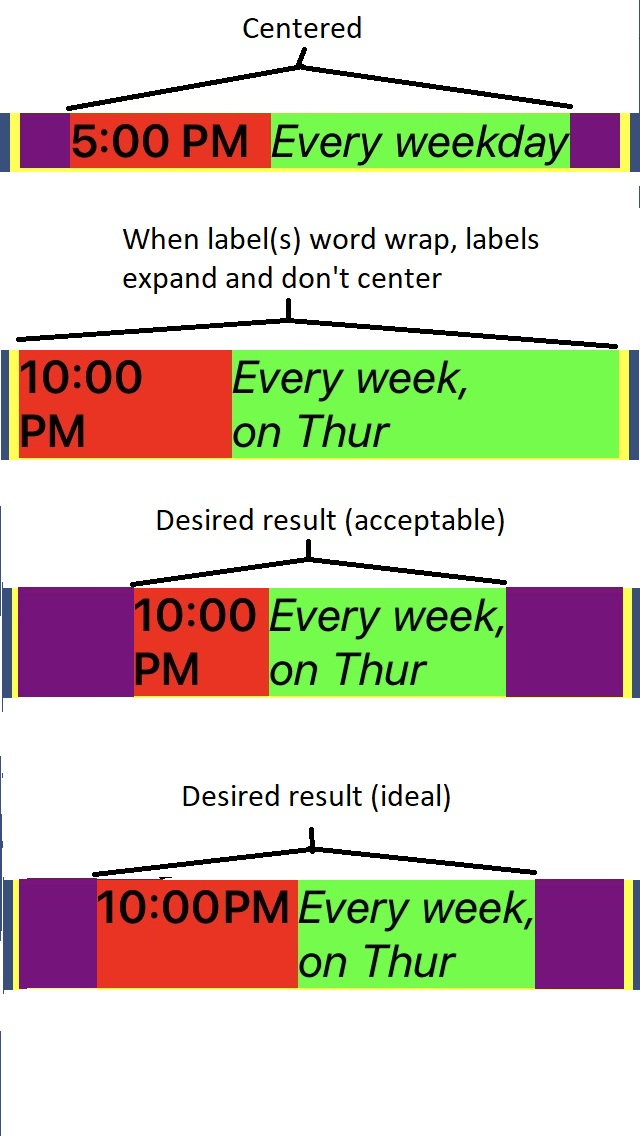 [Edit: I've logged an issue at https://github.com/xamarin/Xamarin.Forms/issues/12236 but would still like to know if it's possible to workaround this]