Xamarin.Forms Android project lost all references in VS2019

As I've got no clue what happened today, I'll try explain as much as possible.

Today when i opened my Xamarin.Forms project, my Android project decided to lose all of its references, and when I try to open the emulator I get the error message:

I've had this project going for over 6 months without anything like this. I did not update anything before shutting my PC off yesterday, and I've tried to update everything I could.. such as using Pre-release build 4.7.0 for Xamarin.Forms etc. Nothing helps, and im 99% sure this hasn't really got anything to do with Xamarin itself, but rather something with Android SDK, but I'll give this forum a go aswell. Maybe someone's had this problem before.

Not quite sure what's going on. I've tried deleting and recreating my Android Emulator, changed SDK versions, etc etc. And nothing helps.

I can't access Xamarin.Forms in my Android project, nor any of the included dependencies through my PCL, it's just red everywhere. 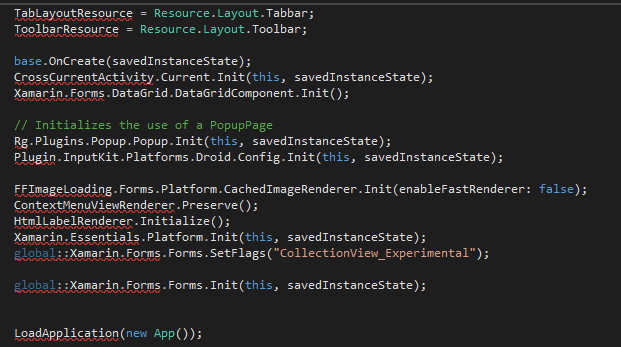 My iOS project works just fine, and so does my PCL. So it's obviously something with Android - I just don't know what, or how it could become like this from shutting down the PC last night.

I've also tried to create a fresh Xamarin.Forms project and even then my .Droid-project just wont work. I've reinstalled VisualStudio 2019 with both 16.5 and 16.6 versions and nothing works. 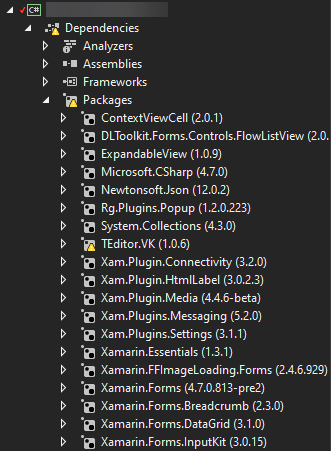 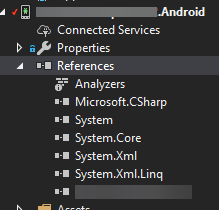