Running lsof via a Process.Start indicates that there are around 750 file handles open on debugging start on iOS 12, whereas on the iOS 13 simulator there's only 250 file handles. The file handles that appear on iOS 12 and not 13 are these 'iOS 12.0.simruntime' files as seen below: 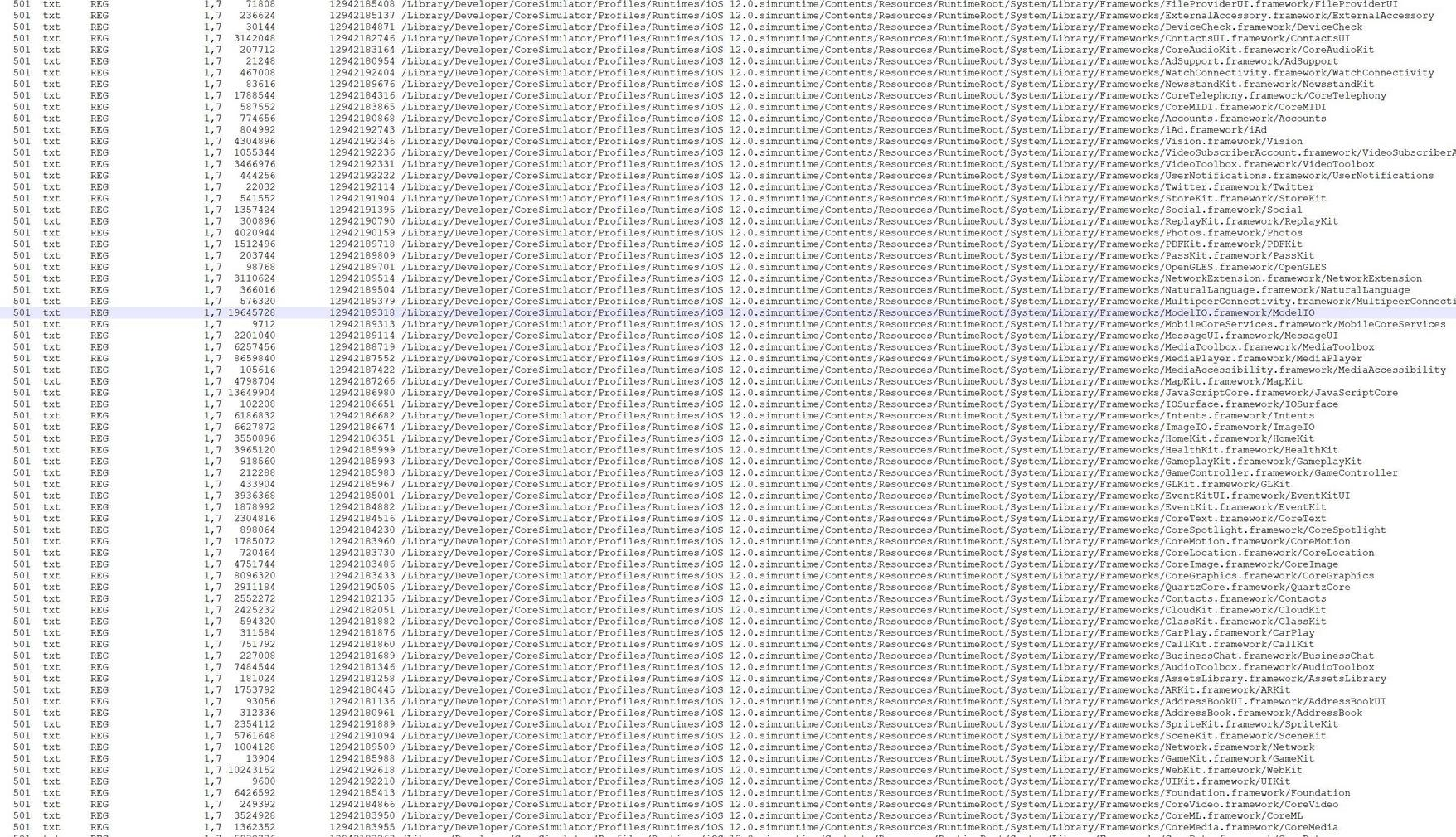 I am seeing file handle exhaustion in our release application as well on iOS 12 so I believe the issue is not just debugging related. I'm stumped as to why all these files are open on debugging for iOS 12 but not 13.