I have an issue for load 3 native libraries.

When I build my project, I have 3 warnings:

Warning MM2006: Native library 'libopusfm' was referenced but could not be found. (MM2006)

Warning MM2006: Native library 'libvpxfm' was referenced but could not be found. (MM2006)

Warning MM2006: Native library 'libyuvfm' was referenced but could not be found. (MM2006)

Have you an idea why I can't load that with Visual studio?

In my csproj file: 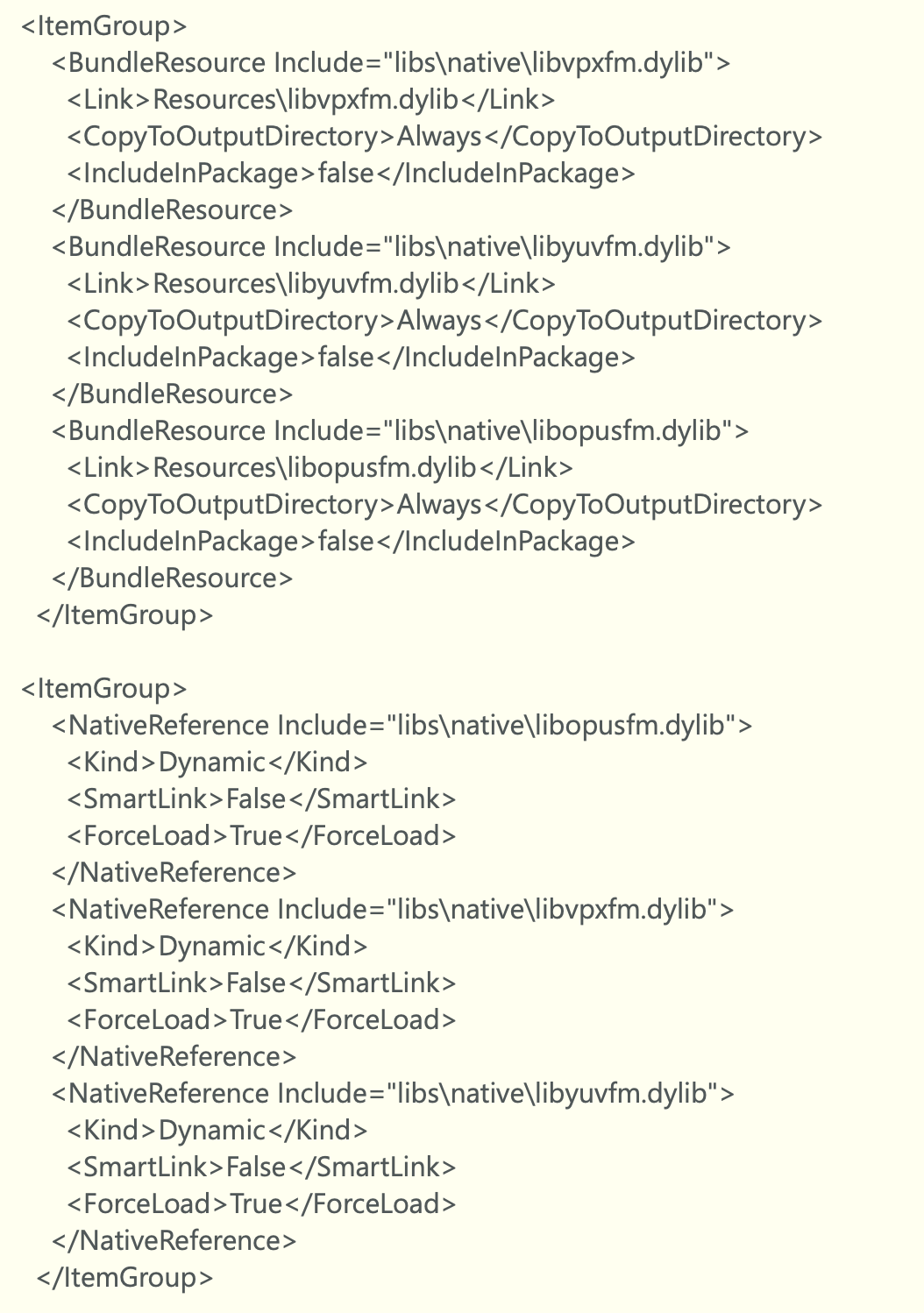 I tested with
Variable: DYLD_LIBRARY_PATH
Value: /My/Project/Path/libs/native
In my project settings and It doesn't work. (And It's not the best idea..)

Thank you in advance.