VS 2017 not debugging Xamarin App on Phone through USB

Hey guys, I am not sure if this is the right place to post this but I did not know where to post it.
--BACKSTORY--
I am making an app for my assignment, everything was working good. The Xamarin App was loading on my phone pretty well, I was coding and had some errors. App crashed, I fixed the code, being stupid for some reason I uninstalled the app from my phone(This is where the issues started)

After that, when I tried to deploy the app on my phone, it would crash. I found the solution to that.

However I had never tried ADb command prompt so I had no clue, and I thought I had already uninstalled the app on my phone. So I went into the apps, searched the app, it wasnt there, so I searched Xamarin, and it popped up as Xamarin.Support in the Apps section on my phone. Me being stupid, I deleted that. Then a little later, I found the Adb command prompt, wrote the line and uninstalled. After that my phone would not show on the top of VS, had to unplug and plug in the USB a couple of times, disable Developer mode. After a while, it started showing.

--ISSUE--
When I try to deploy my app on my phone, it builds everything, but crashes immediately after starting. I thought there must be something wrong with the code. So before I made any changes, I made a new VS Xamarin File, and ran it on my phone... Same issue, crashes immediately after starting. I tried both my files on an actual emulator and they work fine. So I really dont know what the issue is but this assignment is due very soon, and the teacher will mark it in class on the phone itself. If someone could please help! or direct me to the right place for this to be posted. 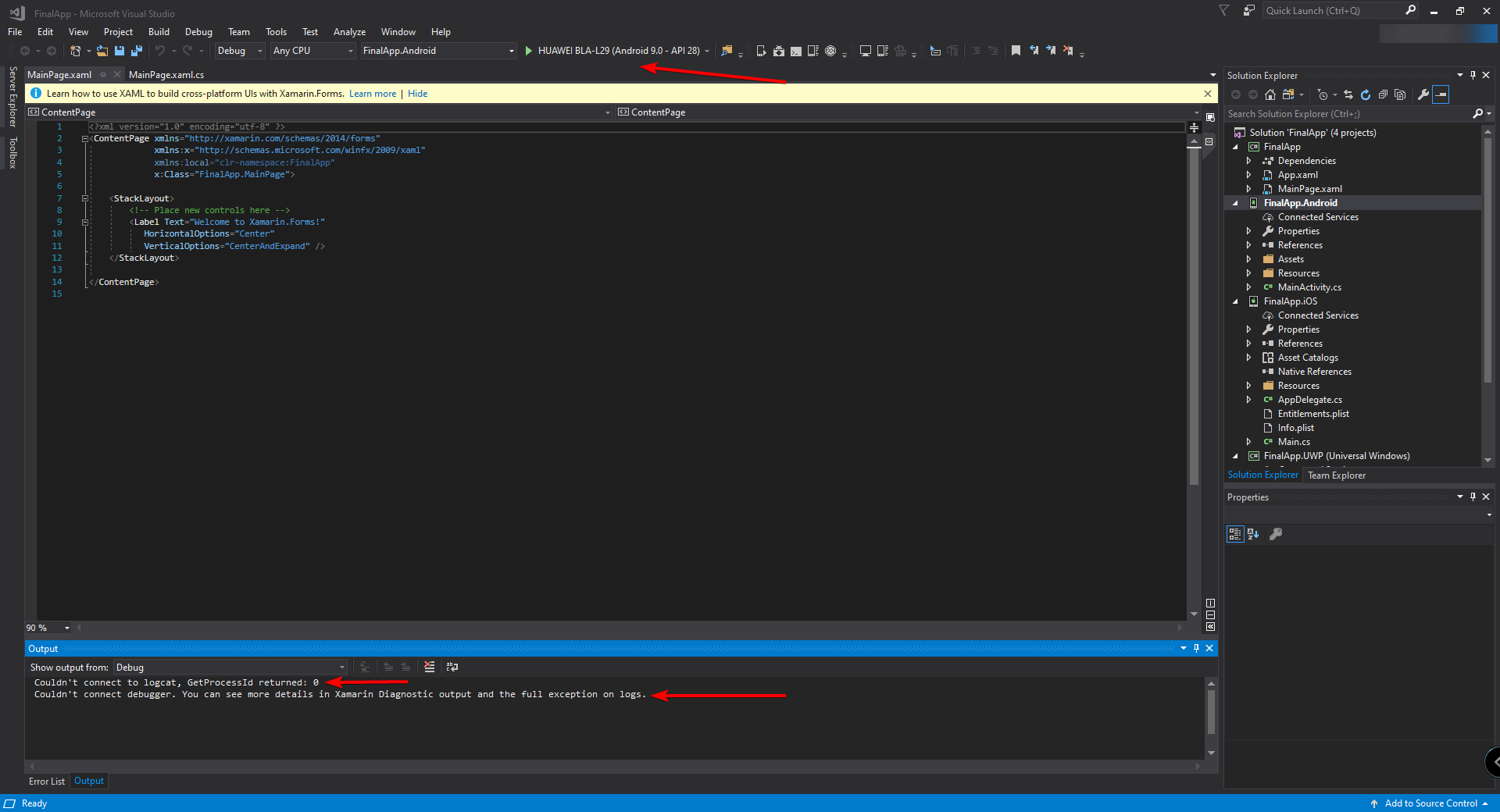