Im having a major issue here that Ive been battling now for last few days and this was previously working as well. My release version on the app store is crashing directly after the splash screens show up. Debug version runs fine as does the adhoc version that I installed from hockeyapp - both work fine. Release version downloaded from store is not working fine.

Im running Xcode 10.1 on my mac mini running 10.13.6 with Visual studio is 2019, I have a red squigly line on the solution saying 'xcode version 10.1 not compatable with this version of Visual Studio... Please install version 10.2' however I cant install 10.2 as my mac machine not compatable with xcode 10.2.

Below is the provision I use for building the release version that I submit to the store: 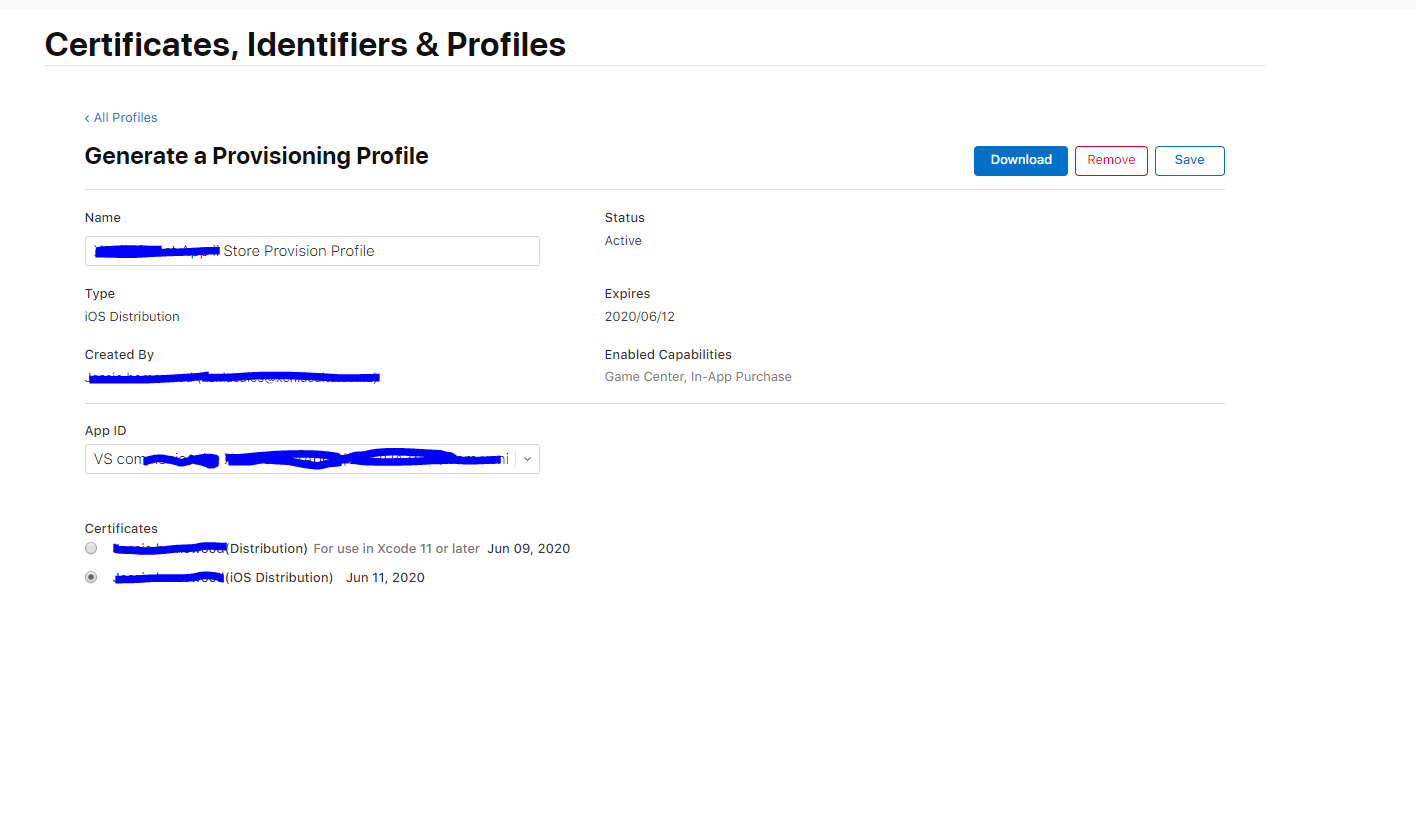 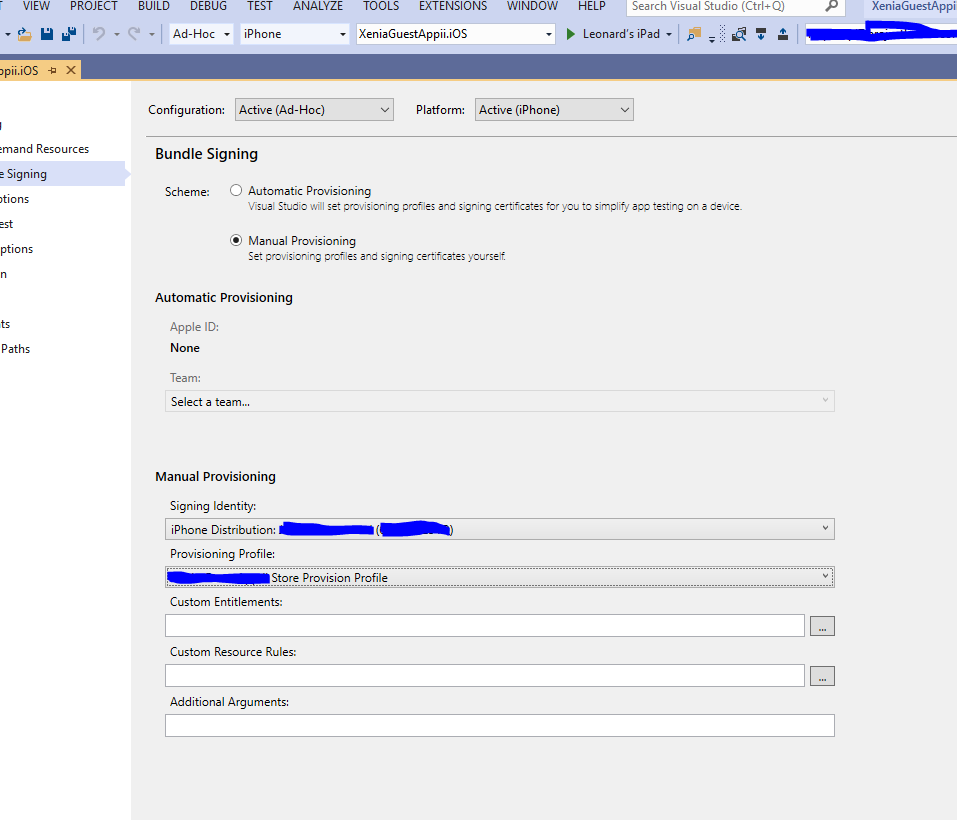 below is iOS log report at the time of crash: 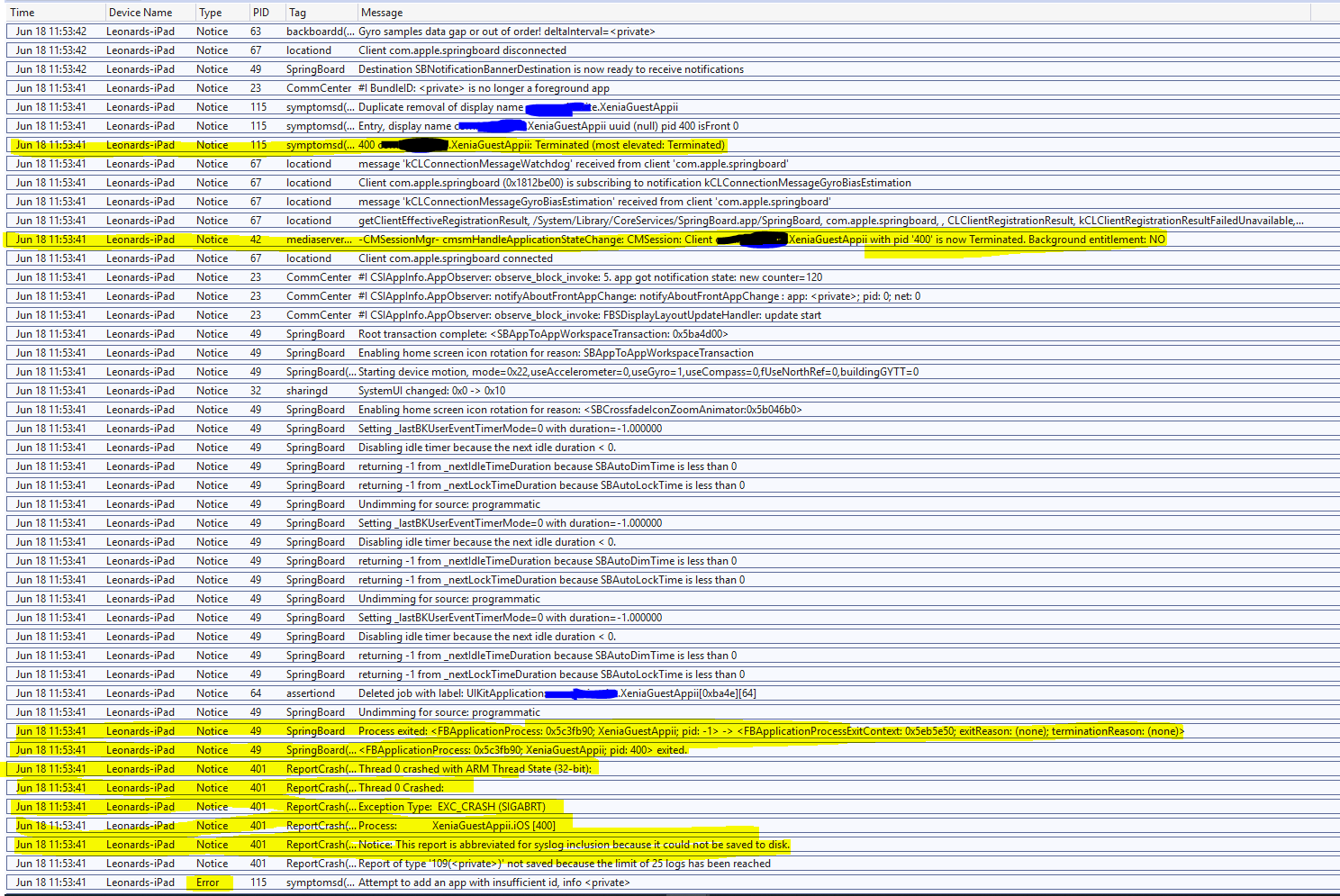 I'm not sure what left to check as this was definely working fine on previous release version..

I really need to get some help on this!