I'm finally getting close to release, and have started to look at potential memory leaks. I think everything looks ok, EXCEPT for I seem to be leaking a ProgressBar every time I use a particular screen. 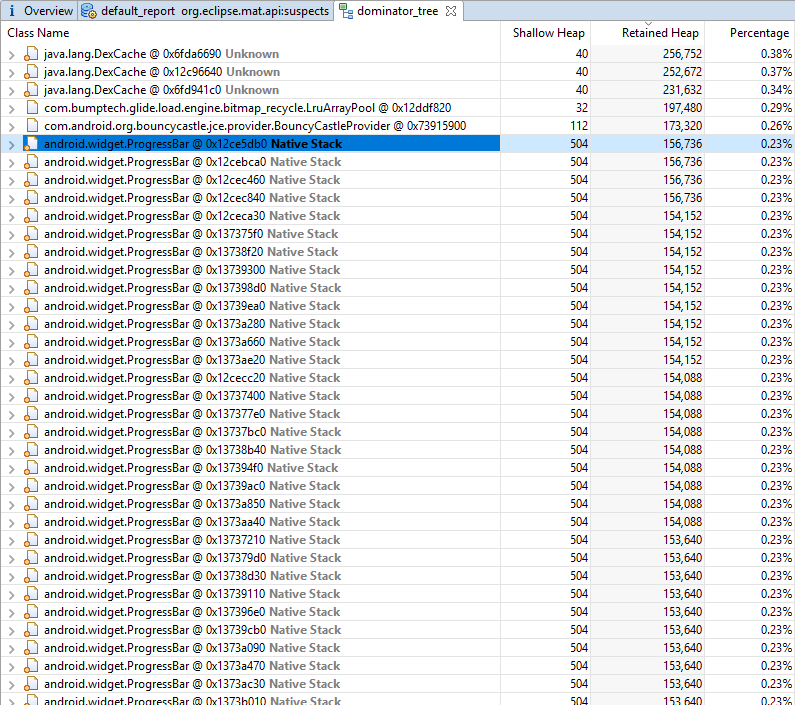 It's very strange, and I've Googled around but haven't found anything. Any ideas?