If, for whatever reason, you want to install an older version of Xamarin Studio, Xamarin.iOS, Xamarin.Android or Xamarin.Mac...

Go to https://store.xamarin.com/account/my/subscription/downloads, making sure to login, and you'll see a screen like the attached screenshot: 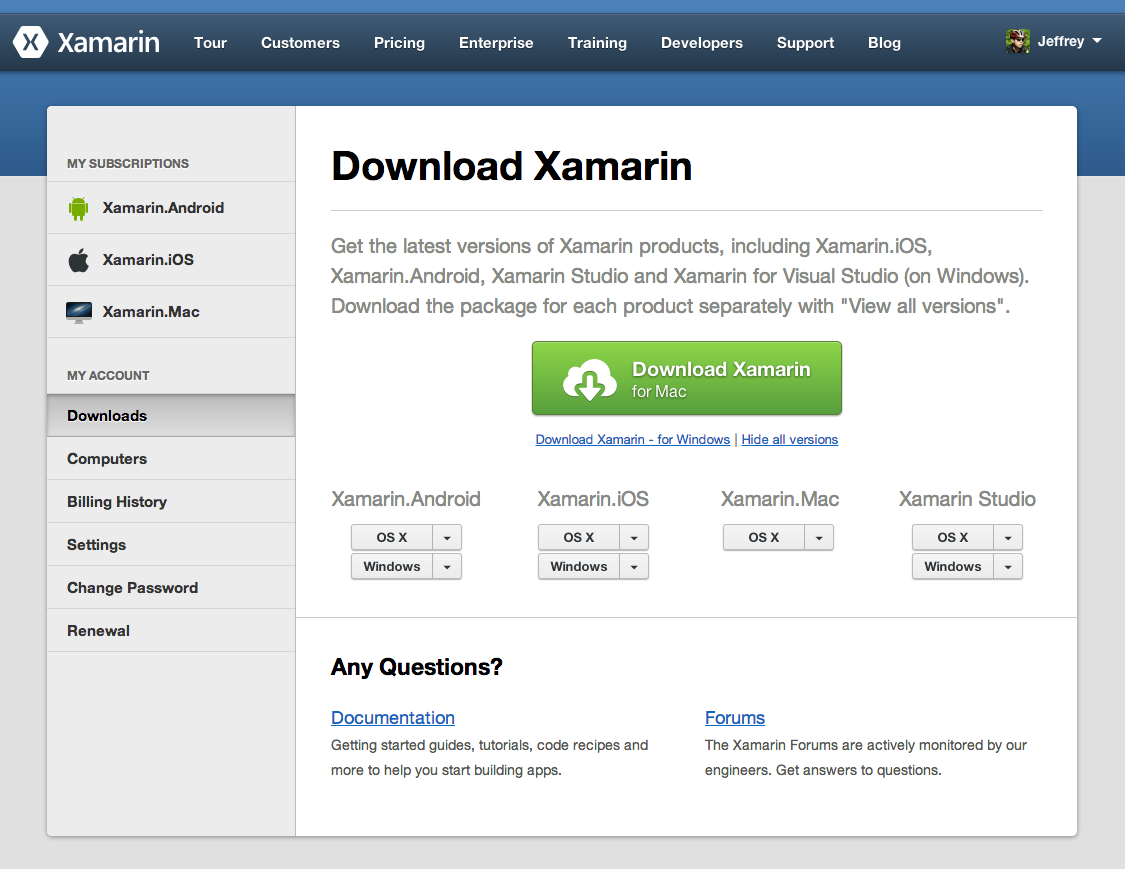 Under each product, there is a combo box for both Windows and Mac which each contain a list of older releases. Simply select one and your browser will begin the download.